I was born in a small town in Finland, but raised in Sudbury, Ontario, Canada. After finishing high school, I went to Queen’s University where I majored in drama before going back to school for journalism and copywriting. Currently, I’m pursuing my passions both as an actor and a producer in the world of film and television.

I’ve worked as an executive producer in mediums ranging from short films to documentary and feature films. My first short entitled, “A Hindu’s Indictment of Heaven”, was featured at TIFF in 2009 and my first feature film, “Fondi ‘91”, was screened at the Reel World Film Festival in Toronto. In addition, through my family foundation, we helped translate the award winning film, “Sharkwater”, from English to Mandarin in order to appeal to a worldwide audience. More recently, I executive produced the film, “Mean Dreams”, starring the late Bill Paxton, which was screened at the Cannes Film Festival in 2016.

I executive produced, wrote and starred in the feature film, “My Ex-Ex”, which played at the Montreal World Film Festival and was picked up by several networks, including Netlix USA and is currently airing on Amazon Prime. I’m continuing to act, write and produce films, while maintaining a focus on philanthropic endeavours that are close to my heart.

CHCH:
‘My Ex-Ex’ a comedy about unrequited love

“My Ex-Ex”: André Bharti, wrote, stars in and produced this raunchy comedy which he likens to, “Pretty Woman on crack.” When Mary is dumped by her Wall Street hustler boyfriend, she goes to a psychic to reconnect with him. But unbeknownst to Mary, she’ll reconnect with her ex-ex, Patrick, a man child with a golden heart. It’s up to Mary…maturity and money, or lawlessness and laughter.

My Ex-Ex played at the Montreal World Film Festival and was picked up by several networks and is currently playing on Netflix USA. 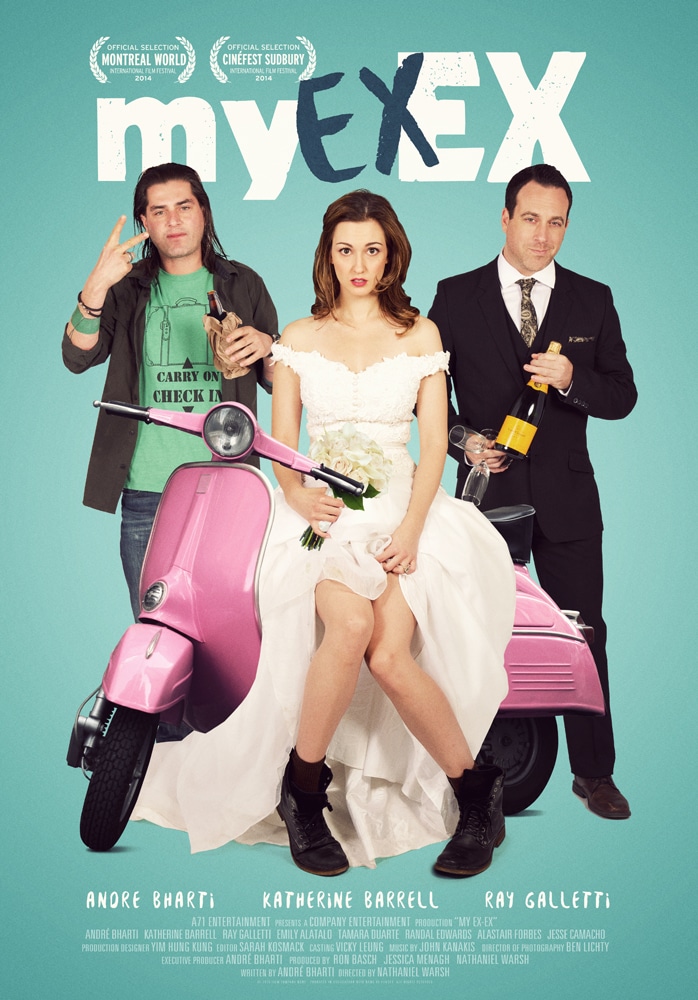